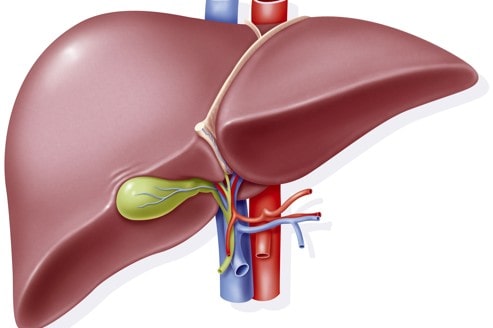 The cholecystectomy consists in making a removal of the gallbladder. Two situations are possible with regard to the modalities of hospitalization. If the inflammation of the gallbladder is not too important, the intervention is possible on an outpatient basis. In this case the patient is operated on in the morning and can go home in the evening. If the "gallbladder is sicker" the surgical management will be more conventional (4 to 6 days of hospitalization).

The gallbladder is not very inflammatory (almost normal in appearance) and can easily be removed during a one-day hospitalization. The patient is hospitalized early in the morning in the outpatient surgery department. He will have previously seen the anesthetist in consultation and performed a shower the day before and the morning of the intervention (Hibiscrub). Laparoscopic cholecystectomy generally takes less than an hour. the surgeon uses four trocars (4 small holes). Two trocars are used as an aid (camera and so-called exposure forceps) and the surgeon operates with the other two trocars. Sometimes, in the event of a large stone (>2 cm), one of the orifices is enlarged and is used to extract the gallbladder. In this case the pain at the level of this orifice can be more important. Most often, a local anesthetic is injected into the trocar sites to reduce pain. In some cases a "single access" technique is used. The surgeon then makes only a "small hole" in the umbilicus where all the laparoscopic instruments have passed. This new technique cannot be performed every time. Discuss this with your surgeon before the procedure. As soon as he wakes up, the patient is taken back to his bed in the outpatient surgery department. The nurse then offers him some water and tranquilizers are administered to him by the infusions which is left in place for 2 to 3 hours. At noon, the patient should be able to eat a light meal. The nurse is attentive to the patient's food tolerance, the intensity of his pain and his ability to regain satisfactory autonomy (resumption of urination and transit, movement in the room, appearance of wounds, etc.). At the beginning of the afternoon, the infusion is removed and the analgesics (painkillers) are taken by mouth. The healthcare team and the anesthesiologist then ensure that the pain does not reappear and that the patient's abdominal comfort remains correct. Discharge of the patient may be considered. The nurse prepares the necessary papers (work stoppage, prescription, check-up appointment at one month). The release will only be decided after a visit from both the surgeon and the anesthesiologist. In practice, the patient leaves the service between 4 p.m. and 6 p.m., accompanied by a family member. The evening meal should be light. It is generally a soup and a dairy product.It is rare for the patient to have an appetite the very evening of the operation, however the next morning the breakfast can be quite substantial (coffee, rusks). The wounds do not require any care because of their method of closure.The technique used in our service combines an intradermal overlock (thread inside) and biological glue. The patient has the option of taking a shower the day after the operation. The work stoppage is 15 days except for forced laborers where it is 1 month.

The blister is inflammatory and the cholecystectomy will require several days of hospitalization. Technically, the intervention is more difficult for the surgeon. It can nevertheless be performed by laparoscopy but the possibilities of conversion to conventional surgery (with a right subcostal scar) are greater. There is more blood loss and the area of ​​the vesicle must often be "washed" to evacuate fluid effusions (blood, bile, pu). Due to inflammation and operative difficulties, the surgeon willingly places a blade (plastic tube) close to where he removed the vesicle. This device is left in place for two to three days and then is gradually removed. On the medical level, antibiotic therapy is administered intravenously for 48 hours and then antibiotic treatment is continued by mouth for 5 days. Hospitalization lasts 5 to 7 days. If wound closure is ensured by staples, a nurse can come to your home to remove them. This gesture, like the mobilization and removal of the multitubulated lamina, is painless. In some cases, a control blood test may be necessary to ensure that there are no complications. The work stoppage is longer in the event of cholecystitis. It is around a month. A biological control by a blood test is often requested by the surgeon one month after the intervention. In most cases, the postoperative course of this intervention is simple. Transit is sometimes accelerated in the form of diarrhea due to the disappearance of the vesicle, which reduces the storage capacity of bile in the liver. For a few weeks the bile flows continuously and slightly irritates the colon. The common bile duct expands gradually to finally compensate for the absence of a vesicle. You can also have a little more difficult digestion during this period for the same reasons. More serious complications are rare after ablation of the "cold" gallbladder, i.e. in planned surgery, on the other hand if the patient is operated on late, after numerous crises, the intervention is more difficult and involves more risk, the main one being the wound of the bile ducts.