What is a Lumbar Disc Herniation? 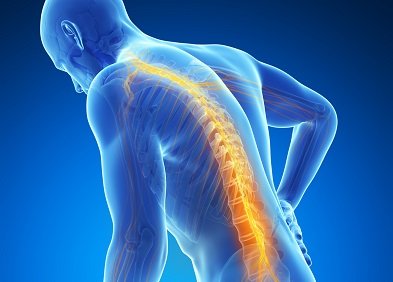 The lumbar spine is made up of 5 vertebrae. The last lumbar vertebra (L5) articulates with the sacrum (S1). Behind the vertebral body is the spinal canal through which the nervous elements pass. The spinal cord usually ends at the end of the dorsal spine (D12L1). In the lumbar vertebral canal, therefore, there are only the roots of the nerves, which bear the name of the overlying vertebra, L1, L2, L3, etc. Between two vertebrae is the disc, an element made up in the center by the nucleus pulposus, surrounded by a fibrous ring. This disc is essential to the joint between the vertebrae, giving all its flexibility to the spine. In front and behind the disc space is closed by a ligament (anterior and posterior vertebral common ligament). This, during aging, may present areas of weakness through which a disc fragment called herniated disc will come out. This can take several aspects: either a simple global protrusion of the disc by distension of the fibrous ring and the ligament, it can be median or lateralized and come into contact with the nervous elements which are thus irritated, or it is a question of 'a real exteriorization of the herniation, under the ligament (sub-ligamentary disc herniation) or through the ligament (free disc herniation). The hernia can be median, lateral, ascending or descending, or even exit through a small canal, called the foramen, through which the nerve exits, on each side, between 2 vertebrae. In 75% of cases these hernias involve the last 2 floors, L4-L5 and L5-S1, and are responsible for sciatica, the sciatic nerve being made up of two roots L5 and S1. More rarely they involve the overlying floors and give either cruralgia (by compression of the roots of the crural nerve at the L3-L4 or L2-L3 floors) or meralgia, even rarer, at the L1-L2 floor, by compression of the femorocutaneous nerve.
The diagnosis of this condition is first clinical, requiring a meticulous examination, then radiological by performing a lumbar CT scan and/or an MRI. The herniated disc must be formally demonstrated and correspond to the clinical data (level and side).

When should surgery be performed?

The treatment of sciatica by herniated disc, except in an emergency, always begins with relative rest, analgesic, anti-inflammatory and muscle relaxant treatment, or even corticosteroids. If the pain does not disappear, radio-guided epidural or periradicular infiltration (local corticosteroids) can be proposed. Other therapies are sometimes offered with inconsistent results: acupuncture, wearing a corset, rehabilitation care. A neurosurgical intervention will be proposed to you schematically in 2 cases: either in emergency if there is a proven paralysis of the muscles innervated by the compressed root (deficit of the foot or of the quadriceps), if there is a cauda equina syndrome (muscular deficit and sphincter disorders by major compression of several roots) or when the sciatica is described as hyperalgesic, resistant to major analgesic treatments, such as morphine; or when the sciatica has lasted for several weeks, causing a significant functional disability, discomfort in daily life, despite all the therapies offered. The goal of the intervention is to make the sciatic pain disappear. In the majority of cases, lower back pain persists.
The principle of the intervention is always the same. Under general anesthesia, a skin incision is made next to the disc space concerned, most often after an X-ray check, and the interlaminar space is approached where the yellow ligament is located (ligament stretched between two blades). This ligament is then incised and resected. We thus find ourselves in the vertebral canal. The surgeon then locates the root compressed by the herniated disc. This will be removed using a disc clamp. Sometimes the disc will be curetted, especially if the ligament has been widely opened by the exteriorization of the hernia, and this to prevent disc fragments from coming out prematurely. The surgeon checks the perfect freedom of the root, the absence of bleeding, then after having washed the operating space with physiological serum, he closes the surgical approach plan by plan.
Depending on the habit of each there are technical variants. The installation of the patient can be different: prone position on a frame, knee-chest position or lateral decubitus. Anesthesia is sometimes loco-regional (epidural anesthesia). Some use the operating microscope or magnifying glasses. The spacers can be blades or tubes. Others use a camera. Sometimes, if there is significant osteoarthritis, the surgeon can open the spinal canal more extensively to release the root from an associated bone constraint. The goal of the operation is to perfectly free the root, with the most minimal approach possible.

Are there alternatives to surgery?

When medical treatment has been well conducted and one continues to suffer, it does not there is no alternative to surgery. Of course, a certain number of patients will heal over time, in a few months the hernia can resolve, their pain will gradually disappear. But this is their choice. They prefer to bear the pain that they are the only ones to feel, rather than have surgery. The risk, especially in the case of preoperative paralysis, is to maintain a deficit for life, or to see chronic pain set in, which is often difficult to treat.

How is the hospitalization going?

In practice, the patient is hospitalized the day before the operation, the anesthesia consultation having been carried out several days before, except in emergency cases. The nurse who welcomes you will check your medical file: identity, admission letter, radiological assessment and results of biological examinations… The surgeon will visit you and ask you a certain number of questions. It is on this occasion that you can, in turn, ask all the questions you want. The anesthetist will then see you as part of the pre-anaesthetic visit and check if your file is complete. The day before the intervention and the same day you will take a betadine shower (or other product in case of allergy) according to the recommendations that will be given to you by the staff. You will have, the same day, a pre-medication and will be taken by a stretcher-bearer to the operating room. Again the nurse who welcomes you will ask you a certain number of questions corresponding to a checklist: identity, type of intervention planned, side of the pain... then you will be introduced into the intervention room, asleep, installed, an operating field will be created and you will be operated on according to the planned protocol. When the procedure is finished, you will be taken to the recovery room, which you will leave after authorization from the anesthesiologist, when you are fully awake. Back in your room, the staff will come and see you regularly to check a certain number of hemodynamic and neurological functions. He will also endeavor to assess your post-operative pain on a scale graduated from 0 to 10, VAS (visual analog scale), to give you all the medications useful to reduce your pain, including morphine, according to established protocols. The surgeon will come to see you and examine you. It is on this occasion, or the next day when the patients are more receptive, that he will explain to you what he found during the intervention.
Patients are lifted the same day, or the next day, by the staff or the physiotherapist. The rules of spinal hygiene are taught on this occasion, in order to protect the spine and the operated area. Usually the infusions are withdrawn the next dayn si l’état du patient le permet. Le pansement est refait au premier ou deuxième jour par l’infirmière. Le chirurgien et l’anesthésiste passent régulièrement vérifier l’état du patient et autorisent sa sortie à J2 ou J3. Le patient sort de l’établissement avec une lettre destinée au médecin traitant, une ordonnance médicamenteuse, le compte rendu opératoire et une ordonnance de kinésithérapie. Habituellement il lui est demandé de se reposer 10 à 15 jours (lever un quart d’heure toutes les heures) et de débuter ensuite la kinésithérapie (une quinzaine de séances). Il est recommandé de ne pas utiliser la voiture avant au moins trois semaines et de reprendre progressivement une activité physique, notamment la marche. La reprise des activités professionnelles dépend bien sur de leur type : 4 à 6 semaines pour une activité sédentaire, 2 à 3 mois pour une activité physique.
During the entire period of hospitalization or its aftermath, your surgeon is available, directly or through your attending physician, to answer your questions or take care of any complications. What are the risks of the operation?
Like all surgical procedures, an operation for a herniated disc involves risks, and even vital risks. Nevertheless, these risks are low, estimated at around 1%. They can be related to the anesthesia (see anesthesia consultation) to the intervention, or to the disc pathology itself. They can be immediate or secondary postoperative, neurological, vascular or infectious. Finally, they can be general.
During dissection the dura, surrounding the nerve tissue, can be opened. There is then a flow of cerebrospinal fluid (CSF) and sometimes an exteriorization of the rootlets. This breach will be repaired, most often using a small fatty fragment taken locally, glued with a biological glue. The consequences can be the existence of headaches after the intervention and/or more rarely the occurrence of a sensory or motor deficit in the territory dependent on the root. Sometimes the CSF leak, despite the repair, persists, thus requiring surgical revision to avoid infection.
Exceptionally, during disc curettage, the disc forceps can go too far forward and create a venous or arterial wound in the large vessels located in front of the spine. The risk is then the occurrence of internal bleeding, with a drop in blood pressure and cardiac arrest. As soon as the diagnosis is made, most often during the intervention, the vessel must be repaired urgently either by endovascular techniques or by a direct surgical approach.
As with all procedures, there are general complications. The patient can decompensate for pre-existing kidney, heart or respiratory diseases, for example. He may have a urinary tract infection if he has been catheterized, or have venitis (inflammation of a vein) on an infusion catheter. Being bedridden, even for a short time, is a risk factor for the occurrence of phlebitis with its risk of pulmonary embolism which can be fatal. This is why, during the few days following the intervention, an anti-thrombotic treatment is started.
All these complications should not make us forget that they are fortunately rare, and that the results of this surgery are good to very good, concerning sciatica, in 70 to 92% of cases according to studies published in the literature . 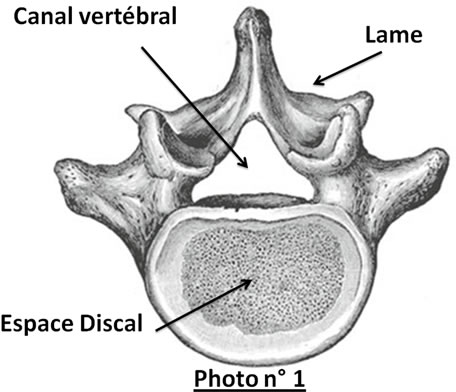