Who is a breast lift suitable for? 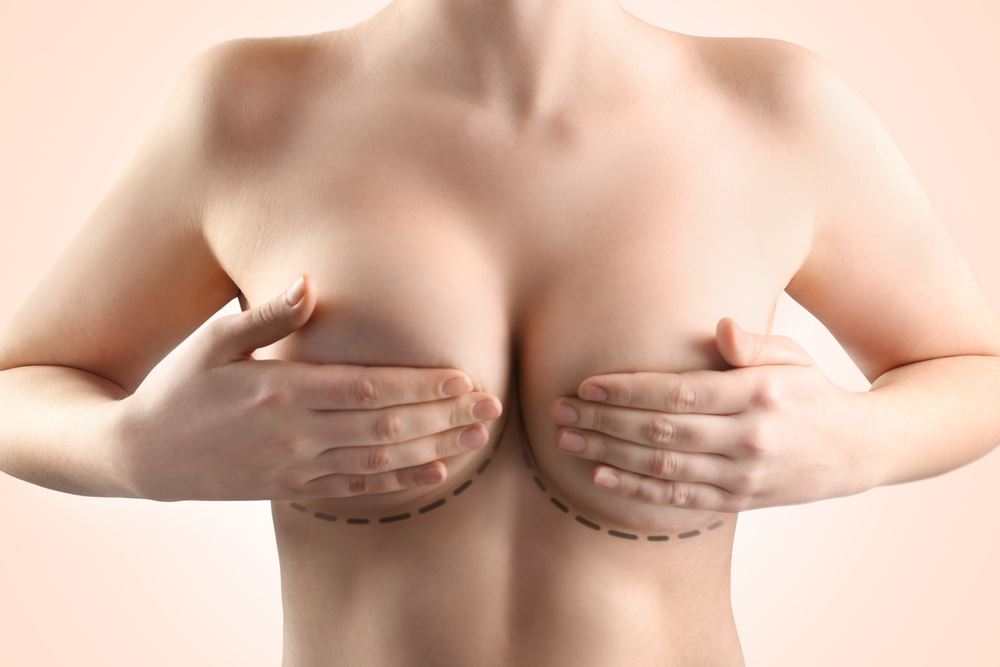 The mammaplasty intervention is indicated in 3 main situations:
Breast enlargement (breasts are too large), either isolated juvenile type , the breast is heavy but does not fall; or more mature women, sometimes in menopause or perimenopause.
Breast ptosis (sagging breasts), this is the case for women having had several pregnancies, or having lost a lot of weight, often more than 20 kg. The breasts are then flat and rest on the upper part of the belly. The objective will then be to lift the breast and if necessary to fill it with a prosthesis behind the remodeled gland.
Breast asymmetry: a unilateral or bilateral remodeling will balance the 2 breasts .
This intervention therefore finds indications from the age of 17, to prevent spinal static disorders and the development of a harmful psychological complex. Improving the comfort of everyday life in adult women is another important area of ​​application for these techniques.

Can breast plastic surgery be considered before pregnancy?

Yes, this is compatible. On the other hand, the surgeon will have to keep a good quantity of gland to anticipate a possible loss of volume after pregnancy. Breastfeeding is not always possible afterwards. It is wise to postpone the operation if a pregnancy is planned in the coming year.

What are the possible scars of breast lift?

A scar is always practiced, it is the scar around the areola. Indeed the nipple still needs to be lifted. In some cases of small and slightly sagging breasts, it will be sufficient but associated with breast implantation. It is the round-block with prostheses. The isolated periareolar technique is for me a poor procedure, tending to flatten the breast and leave very large areolas with a sunset scar. In the vast majority of cases, we will need 2 scars: a around the areola and an additional vertical scar (from the areola to the furrow) which lifts and suspends the breast effectively, giving it a nice curved shape. We are talking about vertical mammaplasty. This is the reference technique used in 90% of cases in my practice. If the hypertrophy is major (95-100/ EF) or the breasts are very ptosed, the classic technique known as marine anchor with 3 scars with a horizontal scar additional under the breast remains the only valid one.

Can the breasts be lifted by the placement of prostheses alone?

No, but a breast that falls slightly and is emptied on its upper part can benefit from augmentation by prosthesis and give the visual impression of having been lifted, its upper edge being noticeably raised. In addition, a large prosthesis can slightly stretch the skin and raise the breast, but this effect is not long-lasting, the added weight causing the breast to fall gradually.

How is mammaplasty performed?

It takes place under general anesthesia, in a half-sitting position. Before the intervention, a systematic mammography will be performed. A hospital stay of 1 to 3 days is recommended.
When you wake up, the breasts will be maintained:
Either directly in a non-wired bra to keep for 6 to 8 weeks, day and night
Either in a first large bandage replaced the next day by a bra.
On the side come out 2 small pipes (drains) connected to a bottle which sucks up the serums produced by the intervention. They will be removed before discharge. The removed gland is systematically sent for analysis.

What are the postoperative consequences of mammoplasty?

The consequences are not very painful, treated with appropriate and possibly powerful medications during hospitalization. At the exit will be prescribed systematically and preventively painkillers for several days. The threads are most often resorbable and therefore do not need to be removed. heavy and, to drive. Afterwards, normal activity is permitted. Sports will be prohibited for 6 weeks. The short-term risks are hematoma and tissue damage (poor initial healing) of the areola which may require immediate reoperation.

Can operated breasts be monitored normally?

Yes, because the pre-existing mammary gland being located forward under the skin remains accessible to palpation and to any radiological examination. On the other hand, it will be important to properly inform the radiologist who must handle the breasts carefully. Eventually, it will be necessary to go to radiology offices accustomed to this type of maneuver.

Are there any long-term health risks?

No risk of disease secondary to mammaplasty is described. The specific risks of the operation are a partial or total necrosis of the areola, a drop in sensitivity of the nipples. These risks are exceptional and most often only occur after treatment for a major form of hypertrophy (gigantomastia).

When do we get the final result?

In the vertical technique, at first the breasts are taut and a little too bulging at the top and flattened and gathered below. Gradually, in 3 weeks, the breasts reduce swelling, soften and settle into place. The final shape is obtained in approximately 3 months.

The breast lift isolated or associated with a reduction or an increase by Mammary gland implants require scarring because the problem is one of excess skin envelope. It allows to effectively reshape a breast which will be much more beautiful and much more comfortable, allowing for example to do without a bra in evening dress. This at the cost of a scar reduced to an i in nearly 90% of cases.