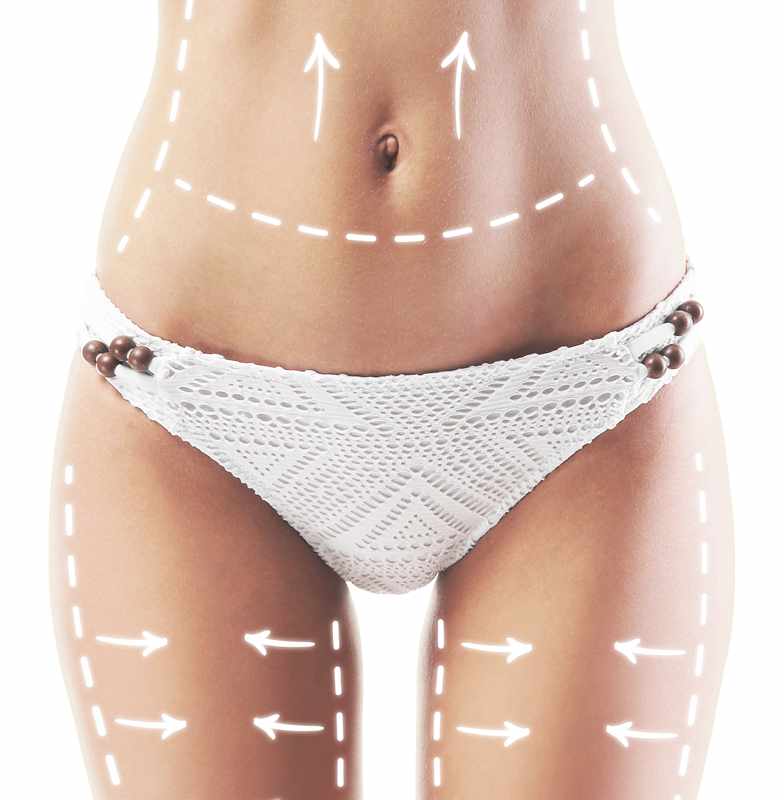 The Mommy makeover or mommy makeover is one of today's most popular combination plastic surgery techniques, designed specifically to address common issues faced by women who have experienced pregnancy and who have breastfed. The surgical technique found its way into mainstream media and became the procedure of choice among Hollywood's elite.
“Mommy makeover” is a catch-all phrase that refers to a specialized combination of body contouring procedures, performed together to improve physical changes that persist long after pregnancy. One of the reasons for its popularity is that the mommy makeover has no fixed components; each procedure is customized to meet the unique needs of each patient. However, the surgical approach usually starts with a breast and abdomen reshaping procedure and then adding additional elements if necessary.

As the breasts and abdomen are the main areas of change with motherhood, a mommy makeover will often center around breast and abdominal surgery. During pregnancy and lactation, the breasts will also enlarge, increasing to a full cup size or more. However, returning to "normal" can result in significant loss of breast volume and noticeable sagging. Throughout a pregnancy, abdominal muscles, skin and tissue stretch to accommodate the growing baby securely. Unfortunately, after delivery, these diapers may not return to their stretched pre-baby shape.
Your mom's makeover may include:
Breast Augmentation.
Breast lift.
Breast reduction.
Abdominoplasty.
Circumferential abdominoplasty.
Liposuction.
Intimate surgery.

Given the fairly long duration of the intervention (3 to 6 hours on average), many precautions must be taken by the surgeon in order to respect optimal health safety.
Thus, the person must present a good general condition, a normal haematological and coagulation assessment as well as a moderate risk of bleeding (assessed by the surgeon). "The patient must not have a cardiovascular pathology, diabetes, renal failure or any other chronic pathology that could pose a particular risk".
If the evaluation of the duration of the operation is greater than 5 hours, it is advisable to split the operations into several stages spaced 3 months apart on average.

Some doctors are alarmed by the increase in the number of these interventions that they consider dangerous. "The priority is the safety of our patients. We must therefore know how to refuse in certain cases to do everything in one step and explain to the patient that it is preferable to carry out shorter interventions spaced out by a few months" It is not dangerous to undergo several general anesthesias in the year, an operation that is too long and hemorrhagic can be potentially fatal.
Obviously, this operation must be considered after the last pregnancy, even if technically it is not impossible to consider a new operation. "It is always possible to reschedule an operation after each pregnancy, but the result will be altered. It doesn't really make sense, not to mention the fatigue and recovery time that must be taken into consideration.
The contraindications include:
Smoking.
Being overweight because it increases the risk of phlebitis, bleeding and infections.
The presence of a pathology that could jeopardize the safety of the patient (cardiac, pulmonary, renal, etc.).
An anomaly in a preoperative blood test.
Psychological disorders (dysmorphophobia).
Unrealistic expectations for results.

The mommy makeover is performed under general anesthesia. It is desirable that the woman has regained a stable weight, is not overweight and waits 6 months after childbirth in order to plan the intervention.
It is difficult to accurately assess the cost of the "Mommy Makeover" varies according to the number and duration of the intervention (from 3 to 6 hours). Expect a recovery time of about a month. The first 10 days, complete rest is advised. If the person is athletic, resuming activity can be considered after 3 months.