Orchiectomy with or without testicular prostheses in Tunisia 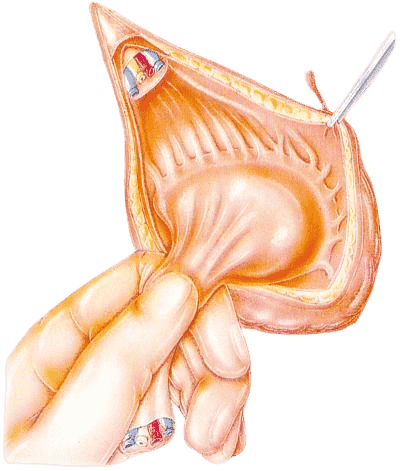 Orchiectomy requires special preparation, such as presenting yourself, on the day of the procedure, with a complete fast for at least 8 hours.
There are three different approaches with which the doctor can perform the removal of the testicles: the simple orchidectomy, the subcapsular orchidectomy and the inguinal orchidectomy.
At the end of the intervention, a hospitalization of about 24 hours is planned, unless there are complications.
If performed at the right time, most orchidectomy operations guarantee excellent results.

Anatomical and functional reminder on the testicles

Two in number, the testicles (or didymids) represent the male gonads. The gonads are the reproductive organs that produce the sex cells, also called gametes. Male gametes are sperm, so the first job of the testes is to give rise to sperm (spermatogenesis).
The amount of sperm that a healthy man's testicles release over his lifetime is enormous.

Orchiectomy is surgery to remove one or both testicles.
When the removed testicle is one, doctors more correctly speak of unilateral orchiectomy, while when the removal involves both testicles, they define the procedure with the more appropriate term bilateral orchiectomy.Surgeons can perform an orchiectomy in three different ways. In fact, there are:
Simple orchidectomy.
Subcapsular orchidectomy.
Inguinal orchidectomy.The first two require epidural anesthesia and have a maximum duration of 30 minutes.The latter requires general anesthesia and lasts between 30 and 60 minutes.

Indicated for cases of prostate cancer and for cases of sexual rearrangement, simple orchidectomy consists of an incision in the center of the scrotum and the removal of the testicles and part of the spermatic cord(s). ) attached to the testicles.After removal, the surgeon closes the incision with a few stitches; after which he covers the operated area with a protective bandage.
Patients with prostate cancer can request, if they wish, the replacement of the removed testicle(s) by artificial prostheses, which have no functional capacity; they only make the scrotum look normal.

Ideal for prostate cancer, subcapsular orchidectomy is procedurally very similar to simple orchidectomy.The main difference is that the surgeon only removes the testicular cells used for the production of testosterone. These cells, which line the male gonad, are called Leydig cells.
Not removing the entire testicle(s) ensures that the scrotum retains much of its normal anatomy, without the use of artificial prostheses.

Inguinal orchidectomy is the intervention method designed for testicular cancer.It is an incision at the inguinal level of 7 to 8 centimeters, through which the operating surgeon removes, in its entirety, the diseased testicle and the attached spermatic cord.The total removal of the spermatic cord is essential, because this element could contain neoplastic cells, capable of spreading to nearby lymph nodes and other organs of the body (metastases).
After removal of the testicle and funicle, the surgeon washes the operated area with saline solution and closes the incision with sutures (absorbable or non-absorbable); then apply a protective dressing.
The bilateral inguinal orchidectomy consists of a double incision (left and right) and the removal of the two testicles and the two spermatic cords. 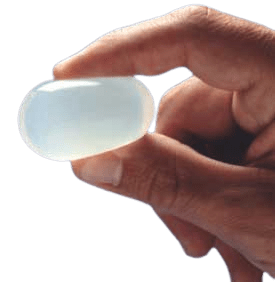 This operation, often performed on young adult patients, can lead to psychogenic trauma with potential consequences for body image and sexual well-being. The implantation of a testicular prosthesis can help reduce the discomfort resulting from testicular removal surgery. Commercially available prostheses are made of silicone gel or saline of various sizes, whose appearance and biomechanics are very similar to those of the native testicle.
If the patient requests it, the implantation can be performed simultaneously with the orchifunicolectomy if there are no local contraindications, and the prosthesis is positioned and fixed in the scrotum through the first surgical access. The implantation of the prosthesis can also be carried out later by means of a second surgical intervention.

Recovery from this type of surgery is very fast. In general, the pain is very well controlled and does not affect normal daily activities. However, it is very important that the patient avoid intense physical stress, trauma and sexual activity for two weeks after the procedure.

The most important postoperative recommendations include:
Drink plenty of fluids several times a day to help flush out medications and anesthetics used during pregnancy. 'operation .
Avoid: Having sex, lifting weights and engaging in strenuous activities.
To wash your body, prefer the shower to the bath. Washing in the tub could cause the sutures to dissolve prematurely.
For the first 24 to 48 hours, apply ice to the operated area.
Wear comfortable underwear and/or the jockstrap for at least two weeks